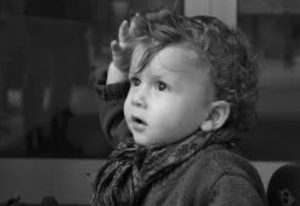 Allow me to take you back in time a little bit, to a young kid wandering the streets of a neighborhood that you’d probably roll up your windows and lock your doors as you drove through. This was the area I called home, and though there’s not that many good memories of that place, it’s where I came up, where I learned the lessons that shaped me today, and where I made most of the worst decisions in my life. You see, in this area, we didn’t spend our time thinking of where we were going to go to college, or what we were going to do as careers, it was a constant thought of how we were going to get through the day, and how we were going to take care of ourselves in the moment.

School was a place for everyone to gather, group up and try to intimidate the other groups who were doing the same to us. What block you lived on typically represented how many people were in your crew, and those on a block with more people their relative age had the fortune of having bigger crews. There was a spot two streets over from mine where there was seven kids  on the strip, my street had four. So you either grouped with another street of kids, or you stuck to low numbers and tried to be harder than everyone else.

Fights on the school yard weren’t over trivial things like someone said something, it was usually retaliatory for someone in your group getting jumped by another group. We didn’t just circle each other taunting and then throwing a punch or two, let’s just say that the ambulances knew pretty direct routed to our school yard. Across the halls you would see group after group with little mingling in between, and you formed a close bond with those within your group, even if you didn’t like them that much. They were part of the set you represented, and therefore were people you needed to worry about, if you wanted them to return the favor.

Being stuck on a street with a bunch of scrawny and timid kids was usually the worst situation to be in, the others wouldn’t represent you, they would hide out in the gym or cafeteria at all times, and try to stay out of everyone’s way. These stragglers of people left on their own would usually jump to joining a bigger street, yet this wasn’t always met warmly. Some kids needed to be jumped into their groups, others had to jump someone else to gain cred. The teachers and other members of the school knew about all this of course, but they also knew that trying to get into the middle of it would just turn everyone’s negative attention towards them, and that was something above their pay grade, can’t say I blame them, I would have given up on us to. Just try to educate, and then get the hell out when the bell rang.